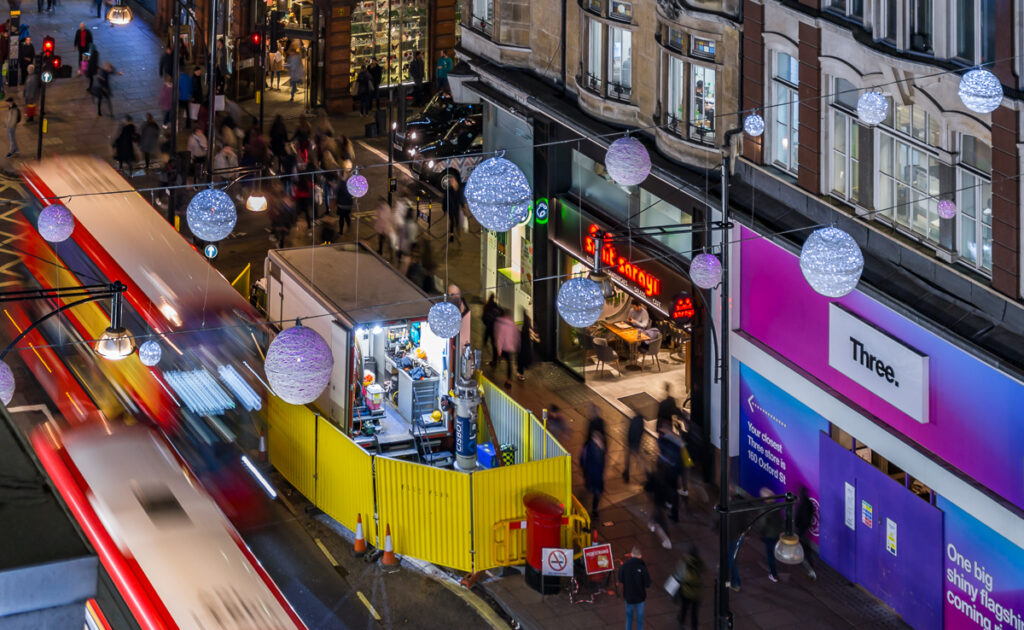 Following an initiative to strengthen critical segments of its gas distribution network, Cadent enlisted the help of ULC Technologies’ CISBOT, a robot which remediates aging joints in cast iron natural gas mains across the UK and US.

The project scope included the remediation 1.3km of 18” cast iron main, which had a history of leakage at its joints, and was scheduled to take place over the course of 12 weeks.

With just 12 excavations made, CISBOT renewed 357 joints under live conditions and extend the life of the critical pipeline which delivers gas to businesses and residents along the busy city street.

The project took place in the West End of London, on Oxford Street, a high-profile location trafficked by 4 million people each week.

Due to the location of the project, it was crucial that the gas remain on in order to continue service to local businesses, especially during the busy holiday shopping season. With such heavy pedestrian and vehicle traffic, as well as events being held in the area, it was also important that the job site remain small and as unobtrusive as possible.

“CISBOT has enabled us to deliver the work in weeks rather than months and with fewer and smaller excavations. We were also able to keep the gas mains live while doing our work. Using CISBOT also helped us keep costs down.”

Compared to traditional means of rehabilitation, which would have required the shutting down of gas service as well as closed portions of the street, CISBOT allowed Cadent to keep gas flowing to their customers and the heavily trafficked Oxford Street open to the public.

CISBOT eliminated the need for 343 excavations and completed the project on time, saving Cadent nearly 3 years of costly and disruptive work.