Over the last 20 years, ULC Technologies has transformed into a leading robotic developer for the energy, renewables and industrial sectors. Technologies such as CISBOT, have helped gas utilities reduce methane emissions and minimize costly excavations by deploying innovative trenchless technologies. ULC wouldn’t be where it is today—delivering cutting-edge solutions—without the backing of our hard-working teams.

We caught up with Shawn Patrick, CISBOT Field Services Supervisor, who recently celebrated 15-years at ULC and has played a critical role in our CISBOT operations and development projects. 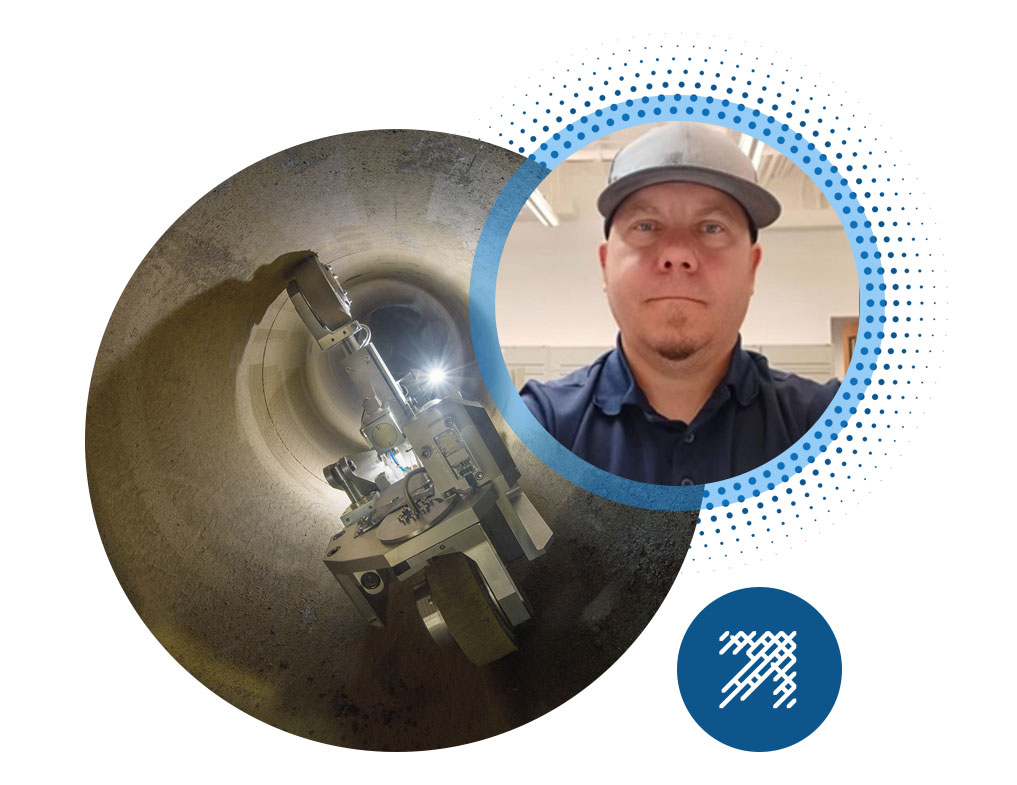 “Being the first ULC CISBOT Operator to launch CISBOT into a live gas main during a pilot project in the Bronx, was both a bit of an unnerving but exciting moment,” Shawn explains. “Helping with the growth of CISBOT, the robot you currently see deployed into live gas mains across the U.S. and UK has undergone a series of incremental improvements from when it was first deployed and I was happy to be a part of it from both an engineering and field perspective.”

Hired in 2007, Shawn became first at ULC to hold the title CISBOT Lead Operator. Shawn was the crew lead on all CISBOT projects, working with other contractors and gas utilities to establish project schedules and meet pressing deadlines.

“When I first started there was about five field technicians supporting CISBOT work including myself, but after a few years with more projects and hires, ULC gradually grew.” says Shawn looking back at his early years at ULC. “I was also relied upon to work on many projects other than CISBOT to help teach/train new hires as they joined the company for specific jobs throughout the years. Eventually, those who I taught/trained started to take on this training and teaching role as our growth continued.”

Once CISBOT became established in the U.S., the team at ULC Technologies traveled across the pond, starting UK field trials in 2013. Since 2010 CISBOT has remediated more than 110 miles or 189 kilometers of pipe across the U.S., Scotland and England. 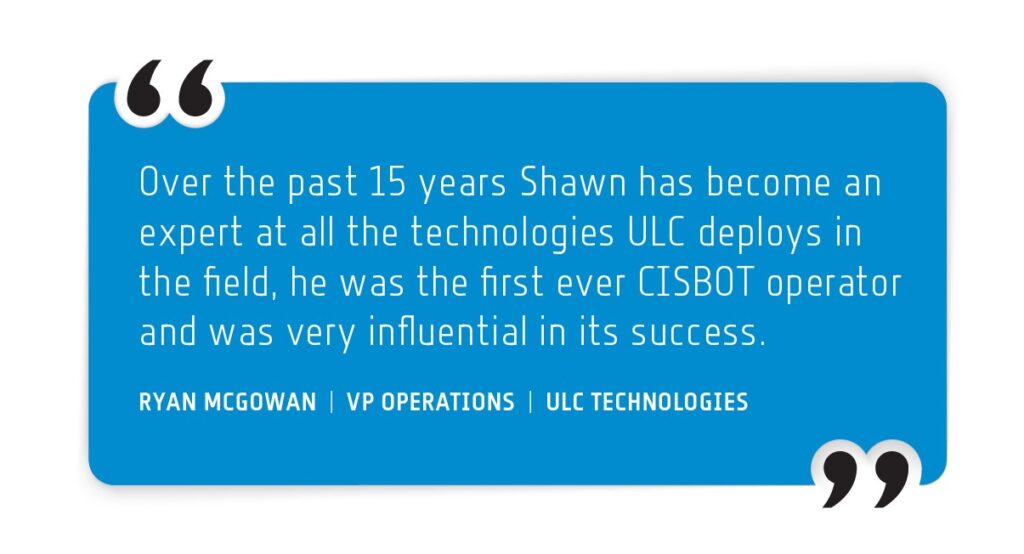 Speaking with Shawn, he laughs as there’s really only one opportunity he seems to have missed out on, “Years back we were working on a segment for Discovery Channel with Little CISBOT for a Con Edison project in Times Square. I was really hoping I’d get to meet Mike Rowe from Dirty Jobs, but I guess our job wasn’t dirty enough.”

“Working with technology such as this, you have to enjoy the little challenges, troubleshooting on the robot and learning the ins and outs of the systems. Becoming a leader and looking ahead, you would have to balance project planning, communicate with customers, train new team members and empower those team members to grow.”

“I think the time that I’ve spent helping with the growth of CISBOT, if you could look back through my eyes, it truly amazes me at what we’ve been able to accomplish together.”

After 12 years with the company, Shawn was deservingly promoted to CISBOT Field Services Supervisor that same year. In his latest role, he oversees daily work, including CISBOT projects, gas main inspections or locating work, just to name a few.

Shawn has undoubtedly enjoyed his time working with CISBOT and working with gas utilities across the country throughout the years to deliver complex field work. “You get to see new places, meet new people whether different hires and crew members or others from different utilities. There is some sacrifice that comes with the job as there are many hours spent away from home, but you spend a lot of time with your crew mates and make some lasting friendships, making each workday an enjoyable one.”

“Over the past 15 years Shawn has become an expert at all the technologies ULC deploys in the field, he was the first ever CISBOT operator and was very influential in its success,” says Ryan McGowan, VP of Operations at ULC Technologies. “It’s truly been a pleasure seeing each and every one of us grow professionally along with ULC, especially Shawn.”

Interested in becoming a member of the team? Head on over to our careers page. 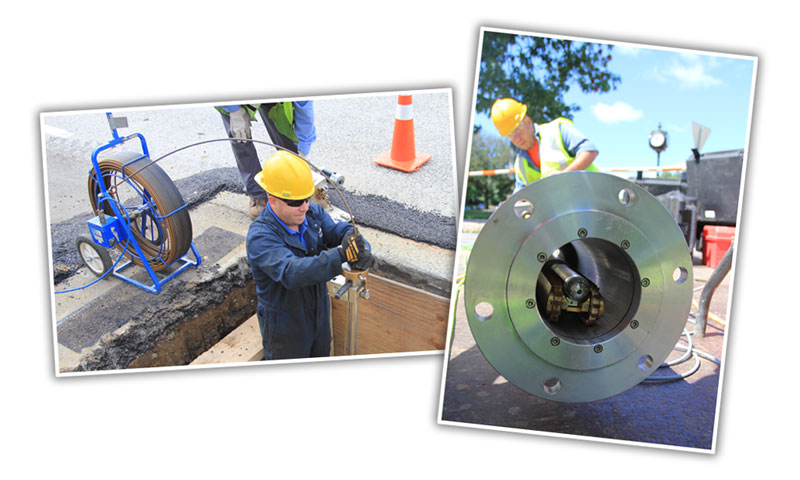 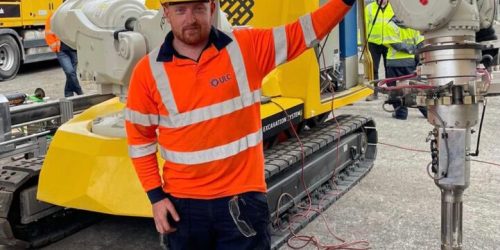 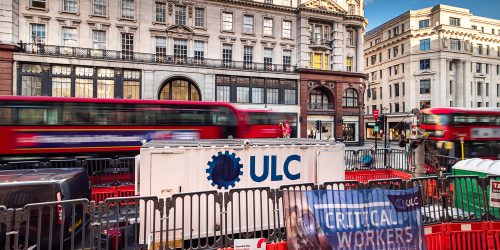 Having remediated more than 100 km of cast iron mains in the UK to date,...
See More 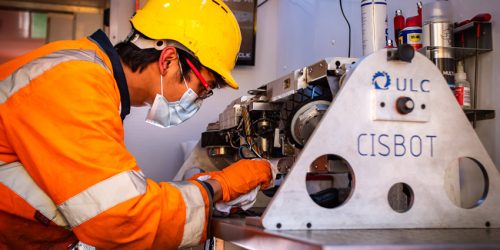